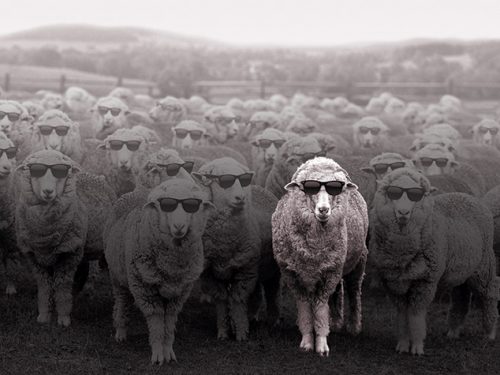 The previous 25 years has witnessed a radical shift in the make-up of Australia’s wool clip, particularly the increasing percentage of wool produced that is less than 19.5 microns. The proportion of fine and super fine Merino wool that is less than 19.5 micron has moved from representing 11% of the clip in 1991/92 to 42% in the last complete season of 2016/17. Of most significance though, is Australia now produces an extra 53,047 tonnes of Merino wool finer than 19.5 micron compared to the season 1991/92. AWTA key test data reveals that historically in 1991/92, 817 million kgs of Australian wool was tested in total, with just 97 million Kgs of that being Merino wool finer than 19.5 micron. In 2016/17, total wool tested dropped to 357 million kilograms, but Merino wool finer than 19.5 micron has actually risen to 150 million kgs in the same period. So, although the total clip volume has reduced over the 25 years, fine wool production has seen a roughly 50% increase in volume. Today’s situation within the Australian wool markets is thankfully a positive one, as wool growers are enjoying receiving some of the best clip returns they have had in decades.

Recent developments in next to skin garments have opened new markets for fine wool. This is particularly pertinent to cater for the upsurge of Merino wool demand used in the athletic, leisure and outdoor garment markets. Not too long ago, wool was sold at auction and it was often not known to the grower where that wool went and for what purpose. The industry today is in a somewhat tailored position to take advantage of the current consumer trends and meet the growing demand for next to skin products like never before. The situation in 2017/18 is far different and should breathe optimism into industry, as consumer markets and therefore demand aligns with the unique properties of wool and its provenance.  (excerpts from AWI Market Intelligence Nov 2017).